"super" in Javascript: An In-Depth Guide 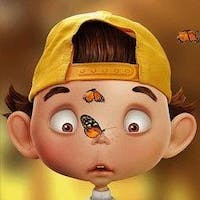 Listen to this article

With the introduction of ES2015, Javascript introduced the class syntax that uses traditional prototypal inheritance under the hood but provides a more robust and declarative way of writing object-oriented code.

When working with inheritance using the class syntax, one of the things we come across is the keyword: super. This article is all about super; Why do we need it? How do we use it? How it actually works?

super keyword is used to refer to the methods and properties defined inside the super-class.

There are 3 ways the super keyword can be used:

Let's get into the details of different usages of the super keyword.

Inside a sub-class, we need to invoke super as though it were a function, before we can access this inside the constructor. We will get an error if we don't call super() before accessing this.

We need to call super() inside the constructor before we can access this and this is because the object isn't created until super() is called. This ensures that the object being constructed is initialized by the super-class before the sub-class gets a chance to initialize the newly-created object.

How super calls the super-class constructor?

We can verify the above two points using our code example:

extends keyword sets up two prototype chains in our code:

super inside Methods in Classes

In traditional object-oriented languages like Java, functions defined inside classes are known as methods. In Javascript, the term "method" was loosely used to refer to a function assigned to a property of an object. With the introduction of ES2015, there's a distinction between methods and functions; code inside true methods can access super; code inside traditional functions cannot use super.

Let's verify this with the following code example:

Inside the methods of a sub-class, we can use super to refer to the properties and methods defined in the prototype of the super-class.

super.introduce() refers to the introduce method inside the super-class, i.e. Person.

How super accesses the prototype of the super-class?

Each method has an internal field named [[HomeObject]] which contains a reference to the object on which that particular method is defined.

[[HomeObject]] is defined in the ecmascript specification as:

Inside the helloChild method of the Child class, we called the helloParent method defined inside the Parent class using the super keyword.

Let us understand how a property or a method lookup using super is resolved. We will use the above code example and go over the steps taken to access the helloParent method from inside of the helloChild method of the Child class.

Steps taken to access helloParent using super.helloParent are as follows:

Following diagram shows the links between protoypes and the link of [[HomeObject]] field of helloChild method to its containing object, i.e. Child.prototype.

In the previous example, when we called super.helloParent() inside helloChild method, super used the [[HomeObject]] field to get the containing object, i.e. Child.prototype and then got its prototype, i.e. Parent.prototype.

Let us understand the need of the [[HomeObject]] field with the help of the following code example:

Instead of using the [[HomeObject]] field, if super just gets the prototype of the current object's (grandChildObj) prototype (GrandChild.prototype), then we will get the Child.prototype - everything is good so far!

Instead of getting the Parent.prototype object, we got the Child.prototype object because current object is still grandChildObj and prototype of its prototype is Child.prototype. As a result, super.hello() inside the hello method of the Child class will lead us to an infinite recursion until we get a stack overflow error (try replacing super with this keyword in the above example).

If you got lost in the above explanation, following diagrams show you the difference in using and not using the [[HomeObject]] field.

super inside Methods in Object Literals

ES2015 introduced the syntax for defining methods in object literals.

Methods defined in this way are different from the traditional functions in two ways:

Following code example shows the usage of super inside a method in an object literal:

toString method in obj calls the toString defined in Object.prototype using super and returns a string after replacing some part of the string, returned by super.toString(), with "obj".

Not only this code is more verbose, we also have to deal with explicitly setting this whereas in the earlier version, super handled it for us.

super keyword can be used inside:

Inside methods, super relies on the [[HomeObject]] internal property to access the methods and properties defined in the prototype of the super-class.